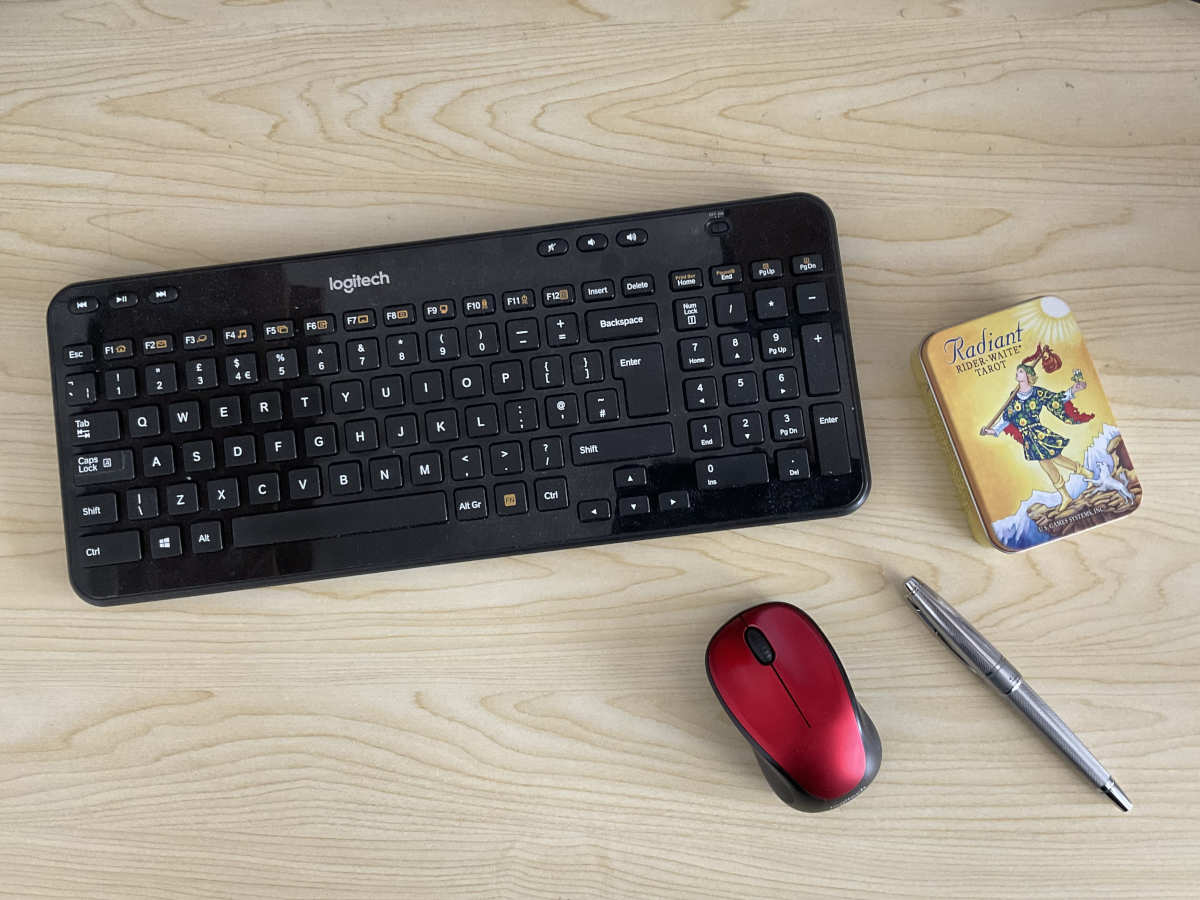 I am learning Tarot.

I have some experience with the cards, but I did not know the full story.

Up until now I ‘read’ each card by knowing a little bit about the suits, looking at the archetype, and picking up an intuitive reaction to the images on the card.

There are massive gaps in my understanding, which means I missed a lot. I missed nuance, I missed each card’s position in the deck relative to its neighbours and therefore where it was in the journey. The major arcana was vague to me, I could recall some cards but not all.

Constructing a spread for anything other than the simple three card one was beyond my confidence.

I have been told that with my strong intuition I could read the cards well.

I only ever did a reading for myself or my wife Sasha. There was always an expert guide on hand, Sasha.

It is time to open myself to energies that I have not yet fully tapped into. Time to embrace the possibility that we don’t understand how everything works and that that is ok. Time to explore and learn.

I am drawn to the Wildwood Tarot. There is a strong connection with the ancestral and wild natural energies depicted in the cards. I am advised that it is not an easy deck to start learning tarot.

Like many other learners I will be starting with the Rider Waite Smith deck, the one with Pamela Colman Smith’s artwork. I have chosen to use the radiant deck which was recently recoloured.

Although I have had a bit of exposure to the Tarot, I knew that I had gaps so lesson 1 was going back to basics. Getting the foundations solid for building up later.

My teacher sorted the deck into order. 0 to XXI for the major arcana. Then Ace to King for each of the four suits, Pentacles, Cups, Wands, and Swords. The suits are called the minor arcana in tarot.

This was a familiarity session. We spent a little time looking at each suit, getting a feel for the images. We also looked at the split between the court cards and the ‘pips’.

In tarot suits there are fourteen cards rather than the thirteen you may be familiar with in a standard playing deck. There are still ten ‘pip’ cards but there are four court cards, Page, Knight, Queen, and King.

The full tarot deck contains seventy-eight cards. Fourteen cards in each suit plus twenty-two cards in the major arcana.

To be fair, I knew most of what was explained in this lesson, but it was a useful way of making sure I had the framework in my head.

I also picked up a few things I wasn’t aware of, like the fact that the tarot is split into several journeys. I count nine separate journeys at this point, will that change as I move into the next lesson and beyond.